Look what catches the eye of the editor with a special emphasis in local Surrey wedding businesses, shops and suppliers. 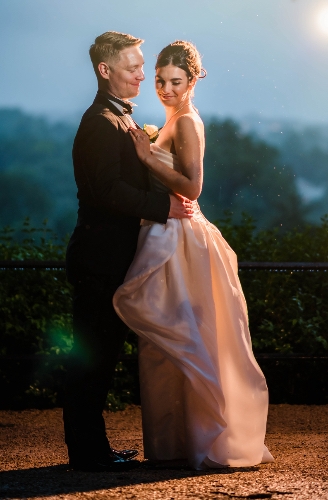 Lorena and William met at university. “Although a little cliché, William played for the football team, and I was a cheerleader who would dance at his games,” says Lorena. “We often crossed paths, and one day in the gym, he asked me out on a date, and the rest is history. We tied the knot at St Andrew's Church and chose Richmond Hill Hotel for our reception because it has breathtaking views across Richmond Park, a luxurious interior and modern accommodation."

Read the full wedding in our October/November issue - available to download for free now. 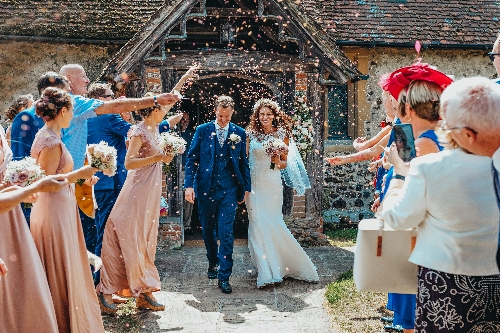 Photographer Denise Winter tells us how to choose the perfect photographer.

"My best advice would be to ignore the buzzwords and look purely at a photographer's work. If it resonates with you and you like the style, look and feel, arrange to have a chat with them. Do you feel comfortable with them, do they fill you with confidence that if something unexpected happened they could work with it and can you see them being at your wedding day with you and your guests? I know this may sound obvious, but they will be with you for the majority of your day, so you want to make sure that you're comfortable with them, and having a good rapport will help when you're having your couples portraits taken."

To find out more, visit www.denisewinterphotography.co.uk 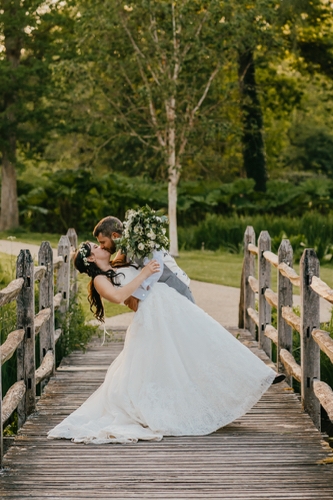 Rhiannon and Wayne had an elegant white and green themed wedding at The Savill Garden.

"I visited The Savill Garden with my family when I was growing up, and it was absolutely beautiful, so I knew I wanted to get married there," says Rhiannon. "We've since learned that they only do one or two weddings a year, so we were very lucky that they agreed to do ours when we asked! We chose St John's Egham for the ceremony as it was where I was christened, and helped out at the Sunday school, so it was a no brainer."

Read the full real wedding in our August/September issue - available to download for free now. 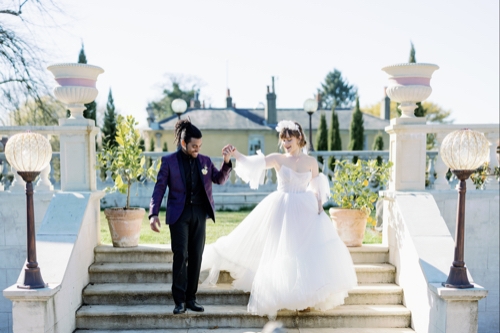 In light of the recent return of weddings, a team of local suppliers worked together to create this magical styled shoot. The lead event planner, Tutu Ojo from Prime Violet Events, tells us: “With summer in full swing, the days staying brighter and things looking up, I'm reminded of the quote that says 'love is a springtime plant that perfumes everything with its hope.' We collaborated with some amazing suppliers to deliver a styled shoot that captures the glimmer of hope we've all been handed. As a Surrey-based wedding planner, I know first-hand how much of a roller coaster the past 15 months have been for couples and fellow industry suppliers, which is why the idea of hope was a no brainer. The shoot took place at The Old Rectory Estate, a stunning Georgian house set in Italian- inspired gardens in Surrey. I wanted to showcase something attainable and achievable for real couples that would encourage them to keep their hopes up for their special day because no matter what, it will be beautiful when it comes around. For the suppliers, it was an opportunity for them to express their imagination and demonstrate their abilities.”

See the full shoot in our August/September issue - available to download for free now. 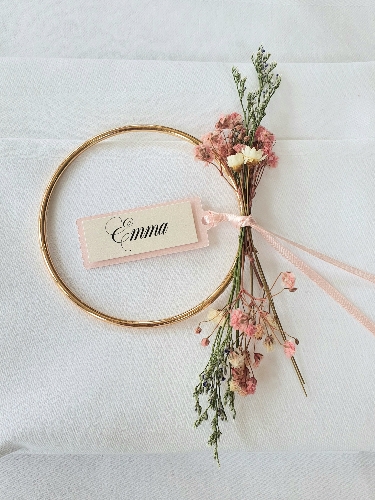 An area that is often overlooked when planning your big day is the stationery. From the initial save-the-dates to the table plan and thank you cards, there's a lot to take into consideration. To help give you some inspiration, Emma from Cherished Cards gives us her top tips.

"A floral theme is still on-trend, and so is incorporating dried flowers into your stationery. There has been a shift in what couples are ordering, as weddings have been smaller, individual menus have become popular, and in line with restrictions, name cards for ceremony seating have been current this year too."

To find out more, visit www.cherishedcards.co.uk

Read the full feature in our August/September issue - available to download for free now. 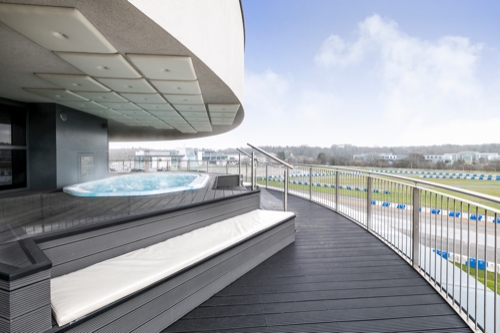 Brooklands Hotel, located on the site of the iconic Brooklands race track, has launched a new package called The Two Of Us. Perfect for those wishing to chill out with friends or have a pre- wedding celebration, the package includes use of the outdoor hot tub, a 25 minute Caudalie Divine massage, a 25 minute Caudalie facial chosen by your therapist to suit your skin type, followed by a luxury manicure or pedicure. Catch up over a light lunch with a glass of prosecco and enjoy £10 to spend on products in BSpa.

The four-star property has a 1920s Art Deco- inspired interior with 131 bedrooms and suites for guests to choose from. Each bedroom is full of natural light, and many benefit from panoramic views over the neighbouring Mercedes-Benz World track. The hotel is also home to two AA Rosette winning restaurants, a bar and grill and fitness facilities.

Read more news in our August/September issue - available to download for free now. 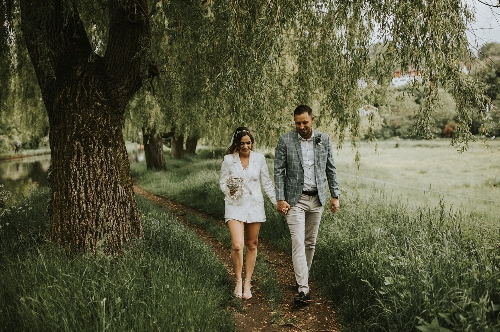 Jasmine and Stephen met through a mutual friend on a night out in Croydon. “It was far from love at first sight,” says Jasmine. “In fact, Stephen thought I was a bit stuck up, and to be honest, I don't think I said two words to him that night, so it's no wonder his first impression wasn't a great one! We met again on New Year's Eve the following month, and again, there was no love story. We went out as part of a large group in Bournemouth and barely remembered saying hello or goodbye to each other. Less than a month later, we ended up on another night out together. I had dyed my hair back to brunette, which apparently made me Stephen's type. He spent most of the night trying to figure out how to make his move. We finally exchanged numbers and had our first date a week later, and the rest is history!”

Stephen proposed on Thursday 22nd August, 2019, at the Prince Edward Theatre. “We had been together almost eight years, and he spent months planning the most private, intimate and personal proposal,” shares the bride. “We had a private box with the best seats in the house, VIP refreshments complete with champagne on ice, a private bar, canapés and even a butler! He asked me the question during the interval of Aladdin, and two days later, we organised a surprise engagement party where we announced the news to all our friends and family.”

Read the full real wedding in our August/September issue - available to download for free now. 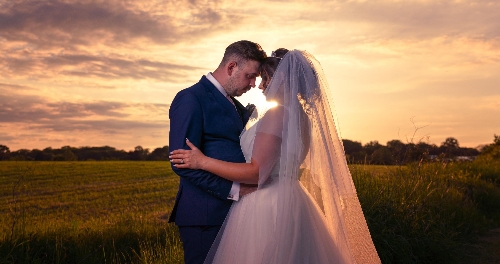 Photographer Eray Kaya gives us his top tips for booking a photographer.

"It's important that you get a great vibe from your photographer, feel comfortable around them and love their work before booking. Any questions you ask should be met with a warm welcome. They should give you a clear indication of the breakdown of fees for the entire day, what's included within your package and what you'll pay in terms of the deposit.

"Talk to them about their style and the type of shots you want for your wedding. Be mindful of how expensive your supplier is. If you're aware of their prices in advance, then this will help you avoid any disappointment further down the line. Discuss your budget with them, as they may be able to tailor a package to suit you."

To find out more about Eray, visit www.irockvisuals.com

For more top tips check out our August/September issue - available to download for free now. 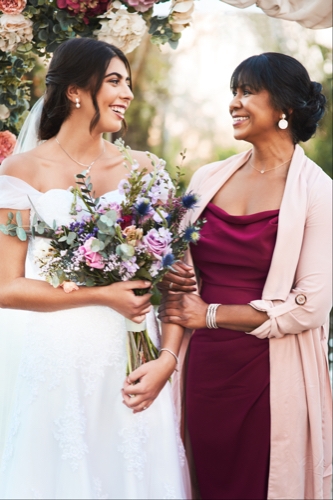 "Your mother needs to choose a hue that suits her rather than trying to fit in with a colour scheme. She should try different styles to find what she feels most comfortable in. It's likely to be a long day, so it's worth considering a second pair of shoes to change into later. The S/S 2022 occasion wear collections will be arriving in stores from the end of December, so start looking straight after Christmas. Good luck!"

To find out more about Dee, visit www.serendipityfashions.co.uk

Read the full feature in our August/September issue - available to download for free now. 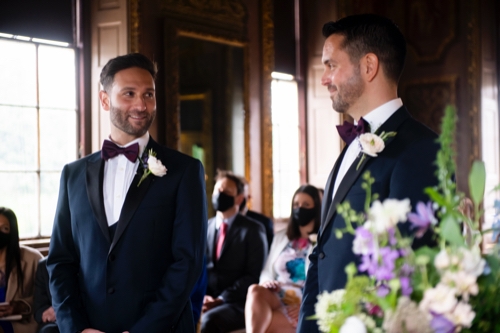 William and Jonathan met on a dating app. “We had our first date in a bar and hit it off immediately,” shares William. “I was attracted to his passion for family, tennis and his handsome good looks.”

Jonathan proposed to William on his birthday at the Skygarden in London. “It was a complete surprise,” explains William. “He asked the question after dinner while we were sitting at the table overlooking the London skyline.”

Read the full wedding in our August/September issue - available to download for free now.